Late childhood into adolescence can be a trying time for both parents and children. Developing an identity, coupled with social pressures, can lead to a wide range of behavioral changes in children, including acting out and defiance. However, when a child’s behavior shifts from typical parent-child conflict to a markedly violation and disregard of the people and property around them, further evaluation may be warranted. This type of behavior may be indicative of a behavioral diagnosis known as Conduct Disorder.

What is conduct disorder? According to the DSM-V, Conduct Disorder is “a repetitive and persistent pattern of behavior in which the basic rights of others or major age-appropriate societal norms or rules are violated.” Conduct Disorder is typically diagnosed in adolescents under the age of 18, and is often a precursor to Antisocial Personality Disorder. The symptoms of Conduct Disorder must be present 12 months prior to diagnosis. Symptoms include, but are not limited to, aggressive and/or physically cruel behavior towards other humans or animals, physical altercations, truancy, lying, stealing, property destruction, and running away from home. ADHD and Oppositional Defiant Disorder (ODD) are common premorbid disorders diagnosed in younger children before a diagnosis of Conduct Disorder is determined during adolescence.

According to the APA, Conduct Disorder has a 2-10% prevalence rate. It is more common in males; however, this may be due to the tendency for males to act out in more overt, physical ways, such as fighting and physical aggression towards others. Females are more likely to engage in acting out via interpersonal relationships in more covert, passive means such as cyberbullying, peer rejection, and lying. Conduct Disorder is more prevalent in children who have experienced abuse, neglect or have experienced overly permissive parenting styles. Parental mental health history may also place a child at risk for developing these behaviors. Several studies suggest that Conduct Disorder may be heritable; further, different tolerances to various neurotransmitters as well as brain injury to the prefrontal cortex may also play a role in its presentation.

Having an adolescent with Conduct Disorder is difficult to manage, however, treatment is possible. Cognitive behavioral therapy is an evidence-based intervention that works to change a child’s thoughts and, in turn, behavior. Additionally, family therapy techniques with an emphasis on parenting style and behavioral management interventions can also invoke change. If needed, adolescents may also warrant the need for pharmacological interventions.

At Cognitive Behavior Institute, we are able to provide such evidence-based treatments, as well as offer psychiatric services for medication management. We have child psychologists, psychiatrists, and licensed clinicians with experience in working with children and adolescents with behavioral difficulties such as those seen in Conduct Disorder. Our staff will work with your child and family to provide the best possible treatment to ensure the best possible outcome. We invite you to contact us with any questions you may have at 724-609-5002 or check us out on our website, papsychotherapy.org. 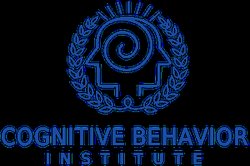